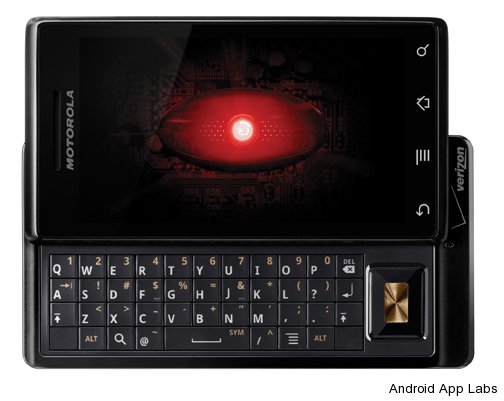 I would have to say the Motorola Droid is the best “smart” phone on Verizon for signal reception and sound quality. The best phone I ever had for reception was the Motorola v710 (which would be the same the e815). The Droid has the best reception of any phone I have used since the v710.

I live in a marginal service area. Marginal Verizon coverage, and virtually non-existent Sprint and AT&T. I had a xv6900 (HTC touch) for the last 2 years. I got by with it but the reception was mediocre at best. Since I moved to my present location, while on the phone I would experience at least 3 dropped calls a night minimum. Over time I just stopped answering the phone while driving because I would always drop the call.

Since I got the Droid I have not dropped a call even once. It is at least equal to (I think it is better than) one friend’s LG Env and another friend’s LG Env 2. I was with a business associate the other day who has a Blackberry Curve and the Droid got better reception.  The reception on the Droid is vastly superior to the reception I experienced with my HTC xv6900.

I did not check dBm’s but I am comparing the phones in actual use on the Verizon network in the exact same locations. I am also not talking about “number of bars” – I am horrified whenever I read anyone talking about “bars”. I have actually seen people say things like ” Well the calls sounded great and I never dropped a call but it didn’t have as many bars as my xxxx phone, which got terrible reception, so I returned it.” People who talk about “bars” make me want to go to a bar… (end of rant).
Anyway, IMHO I would say the Motorola Droid is the best smartphone
for reception on Verizon at the moment, however, I have not had the
luxury of trying every phone that Verizon carries.