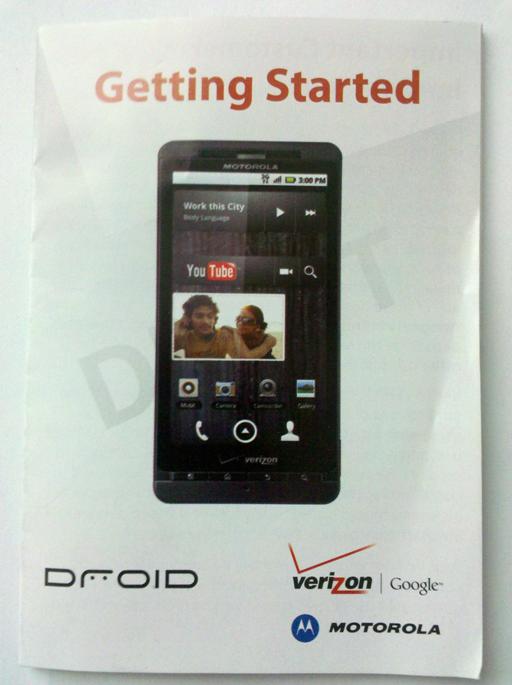 Thanks go to wnrussell at Howardforums for the image of the Shadow.

Another highly anticipated Android handset is apparently getting prepped for release on Verizon Wireless. The Motorola Droid Shadow is a 4.1″ slate device with improved specs over the Motorola Droid and will be released with an updated version of Moto Blur, which can be disabled.

We have gathered the relevant rumored info after the break as well as some video showing the Shadow processor performance versus the Droid processor.

Thanks go to Howardforums’ posters bill23, Winston and Aixelsyd for leaked info!

The Motorola Droid Shadow is rumored to be released some time between Father’s Day(June 20th) and the 4th of July.

Update: The Motorola Shadow release has been delayed until late August due to an undisclosed hardware change.

Check the Motorola Shadow Pre-Release Thread at Howardforums for continued leaks and speculation! 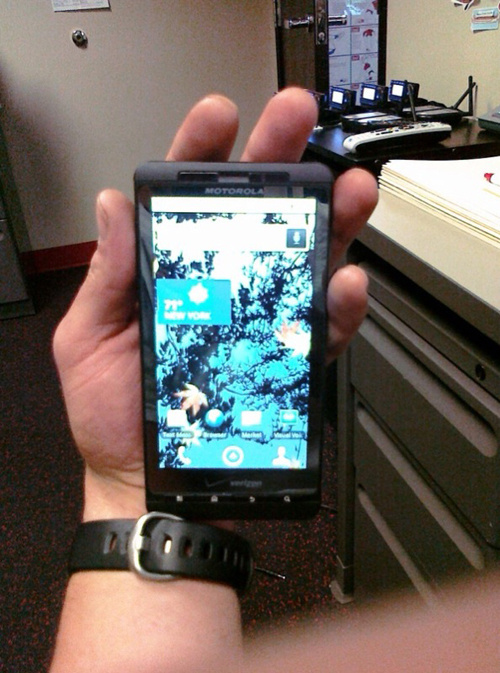 Thanks to Gizmodo for this picture of the Shadow apparently left in a corporate gym. No worries, the owner went back for the phone and it was returned to him so there won’t be any shock troops busting doors in as in the Apple and lost iPhone controversy. Check out the full story at Gizmodo.